Who is Ludwig? Net Worth, Earnings, Age, Streaming Setup, and More

Do you want to know who is Ludwig, how much his net worth is, and what gaming rig he uses?

Streaming games online has been one of the most lucrative gigs today. Not only can you earn money from revenues, but it can also give you the chance to secure exclusive deals from big brands related to the gaming industry.

However, growing your channel and brand is not an easy thing, given how saturated the industry is.

Streamers who managed to make it to the top have reaped a reward that will allow them to earn a tremendous amount of money while doing what they love.

One of the most popular streamers today is Ludwig. He began streaming in 2018 and is quite popular with the Super Smash Bros Melee community. He often does commentary on Melee Esports and even hosts his tournaments.

Ludwig started his streaming career in 2018, focusing on Smash Bro tournaments like GENESIS 6 and 7. After a year, his channel slowly picked up, especially during the last few months of 2019.

His segments like Pokemon Week and Subathon helped a lot to grow his follower and subscriber count on YouTube and Twitch. Pokemon Week is a seven days stream of opening vintage Pokemon cards together with other streamers on Twitch.

His ‘subathon’ on Twitch also caught a lot of attention online, where he streamed for 31 days straight. Ludwig promised his viewers that he would extend his stream for 15 seconds every time a viewer subscribes or donates to his channel.

Ludwig also released a seasonal EP in 2020 called ‘A Very Mogul Christmas’. He tried out some stand-up comedy during his time with Arizona State University, where he got a degree in English Literature, Journalism, and Mass Communication.

Ludwig currently has 1.7 million subscribers on YouTube and 2.7 million Twitch followers. He has a net worth of $1.5 to $2 million, which includes stream revenues, YouTube ads earnings, donations, and sponsorships.

How Much Does Ludwig Earn?

Ludwig has gathered many views and followers on his Twitch account, which provides the streamer a good amount of money. His Twitch channel currently has 65 million hours of watch time and 40,000 paying subscribers.

Ludwig’s subscriber count alone will generate around $50,000 every month. Add up the revenues and donations from his streams, and the number would be around the hundred thousand range.

During his ‘subathon’ Ludwig reached the 100,000 subscribers milestone on Twitch and earned around $250,000. Some of the money from his ‘subathon’ was donated to charity and given to his moderators.

Ludwig also released a merch line for his fans, producing a good amount of money every month.

How Old is Ludwig?

Similar to other popular streamers, Ludwig uses a very powerful PC to give him the best performance possible while gaming. He also uses a top-notch microphone and camera to ensure the quality of his streams.

Ludwig also has a pretty balling gaming rig powered by an RTX 2080 TI. While NVIDIA released the new RTX 3000 series cards, RTX 2080 TI is still a beast of a graphics card and would pretty much handle any game you throw at it. He also uses an NZXT AIO watercooler to cool down his processor during extensive streaming sessions.

Yes, QTCinderella and Ludwig are dating. It all started in February 2020, when Ludwig mentioned QTCinderella on Twitter, saying he wanted to take her on an actual first date.

What is Ludwig’s net worth?

Ludwig’s net worth is currently valued at $1,500,000, mostly his earnings on Twitch and YouTube.

Why is Ludwig so popular?

Ludwig became popular when he started the very famous ‘subathon’ on Twitch. Ludwig told his viewers that he would continue his stream for an extra 15 seconds every time someone subscribes to his channel or sends donations. The stream continued for 31 days and gathered a lot of attention from various users and mainstream media.

As of 2020, PewDiePie’s net worth is around $30 to $50 million. He currently has 110+ million subscribers on YouTube, and his videos quickly reach a million views within hours after being uploaded.

This guide should cover everything you need to know about Ludwig. If you have questions or other concerns, leave a comment below, and we’ll do our best to answer them whenever we can.

Who is Pokimane? Net Worth, Earnings, Streaming Setup, Settings and More

Who is Corpse Husband? Net Worth, Face Reveal, Earnings, Streaming Setup, and More 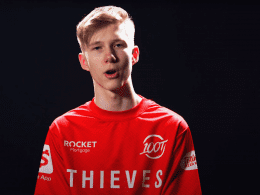 Who is MrSavage? Net Worth, Earnings, Streaming Setup, Settings, and More

Wondering who MrSavage is, his net worth, earnings, and background?  Fortnite is probably one of the hottest games…
byJohn Sixto

Who is TimTheTatman? Net Worth, Earnings, Settings, Streaming Setup, and More

Are you wondering who TimTheTatman is, his net worth, earnings, game settings, and streaming setup? When World of…
byJohn Sixto

Who is NICKMERCS? Net Worth, Earnings, Settings, Streaming Setup, and More

Want to know who NICKMERCS is, his gaming setup, earnings, net worth, and more?  Before being a full-time…
byJohn Sixto

Do you want to know more about Topson- the Greatest Underdog in Dota 2 history? Topias Miikka “Topson”…
byUzair Khan