Where to Get Sand in Minecraft Skyblock

Are you trying to figure out where to get sand in Minecraft Skyblock?

Skyblock is arguably the most popular Minecraft survival map. It puts players in a highly intense environment, where they must survive from the scarce resources from a floating island in the sky.

This map puts players’ knowledge about the game to the limits, as only the best can survive in these extreme conditions.

Finding most of the resources in Skyblock can be tricky, as players need to think outside the box to acquire the right tools to continue surviving on the floating island. Even common blocks such as dirt, stone, and gravel can become scarce if not appropriately managed.

Talking about scarce resources, one of the most challenging items to acquire in Minecraft Skyblock are sand.

Sand plays a vital role in the game since it increases the player’s sand collection, granting certain items and perks upon gathering a certain amount of sand.

In this guide, we’re going to show you where to get sand in Minecraft Skyblock.

Setting Up Your Husk Farm

Husks are desert versions of ordinary zombies in Minecraft. What separates them from norma Minecraft zombies is that they drop sand, making them very valuable in Skyblock. Since sand can be challenging to obtain in Skyblock, you must make yourself a Husk spawner and killer, which will allow you to farm sand from their drops.

However, you must have an established desert biome in Skyblock first before this farming method can work.

First you need to gather the required resources for the Husk Farm:

Now, here’s how you can make a sand harvester in Minecraft:

You can also watch this video tutorial below if you are having difficulties following the instructions mentioned above:

How do you get sand in Hypixel Skyblock 2020?

How do you farm gravel in skyblock?

To gather Gravel, players need to travel to the Spider’s Den in Minecraft Skyblock. The Spider’s Den warp is located inside the Graveyard of the main hub island.

Zombies have a 50% chance to drop one block of Gravel.

Zombies have a 0.8% chance of dropping one carrot. This can be increased using Looting Enchantment. Looting I will give you a 1.2% chance, looting II will provide a 1.5% chance, and looting III gives a 1.8% chance for Zombies to drop one carrot.

This wraps up our guide on where to get Sand in Minecraft Skyblock. If you want to clarify something or have other concerns, please let us know in the comment section, and we’ll do our best to help you out.

Minecraft Fox Guide: How to Breed and Tame Foxes in Minecraft 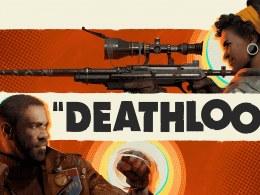 How to Make a Fire Resistance Potion In Minecraft

Want to make a fire resistance potion in Minecraft?  Exploring the Nether in Minecraft can be a dangerous…
byJohn Sixto

How to Get the Stun Gun in GTA Online