What makes the Valorant agent Yoru a great duelist?

Yoru ripped right through reality as its fifth duelist, finally making a 5-duelist team possible. Riot designed Yoru to become one of Valorant’s most unique agents. There isn’t anyone else with his sets of skills and abilities.

Consider playing Yoru if you prefer lurking and flanking your enemies. Yoru teleports and flashes enemies for easy kills from behind. He can also trick them with his footsteps. His ultimate ability allows you to explore the map while invisible, which is great for gathering information.

Check out our comprehensive guide to help you become the next great Yoru main.

Yoru hails from Japan, and he uses his deception and aggression to outsmart his opponents, fake them out, and show up in unexpected positions. He has two abilities that let him teleport to a new location and another that deploys fake footsteps. You should always watch your back when Yoru is in the game.

Riot gave him the codename Stealth because of his kit. Yoru mains love messing with the enemy team and getting quick kills from behind.

The Valorant agent Yoru belongs to the duelist class, which means he takes the front line for the team. He is also expected to make space on the site for the others to set up and plant the spike.

Combine Yoru’s abilities with your teammates’ utility to get on to the site safely. Use his footsteps when entering a site to draw out the enemy defenders. Yoru revolutionizes the duelist role of just facing off enemies squarely. Players can now initiate fights from behind enemy lines.

Aggressive players who enjoy getting high kills every game should try out this agent.

Press FIRE to throw a flash grenade. Yoru’s flash is more difficult to handle compared to the flash abilities of agents like Phoenix, Breach, and Skye. You should bounce it off objects or surfaces to trigger the flash. If it doesn’t hit anything, it just fades away.

When using Yoru’s flash, angle it away from you and your teammates or let them know when you are about to flash. You should throw a flash just before your team rushes a site. Combine it with Gatecrash right after to catch enemies off guard.

Yoru’s signature ability lets you teleport to a specific location. It is free to use every round, and it recharges. Yoru produces a rift tether that can stay in place or constantly move forward. Press FIRE to instantly teleport to where the tether is, even if it still hasn’t stopped moving.

You can also add flash lineups while you teleport to an area to catch enemies from behind. Another method is to bait them by sending fake footsteps and teleporting to the tether instead.

Players like placing the Gatecrash orb in a set location before pushing and activate the teleportation when they feel like they got into a tight spot while pushing. Take note that the tether does not stay active throughout the round. It can only hang around for 30 seconds.

This ability can simulate footsteps to a location in front of you. Combine this skill with your familiarity with the map, and you can set up the perfect trap. It can also work just like Cypher’s Cybertrap or Killjoy’s nanoswarm because you can place it at one point in the round and activate it later. You do this to confuse lurking enemies or draw attention away from an attack.

These footsteps are noticeable from real player steps to the trained ear, but the sound is enough to cause a momentary distraction.

Other players can see the fake footsteps and where it comes from, so make sure it does not give your position away when you release it. Combine it with other abilities like Gatecrash to get the most out of the distraction you will make.

Yoru’s ultimate ability allows him to run around while invisible for a short period of time. You can quickly move around the map and can materialize anywhere after it ends. However, if you get too close, enemies will be able to see and hear you. They cannot deal damage to you, though. There is also a sound cue when you materialize again.

You can use this ability to get behind enemy lines. You can also distract the opponents with the rest of your kit. Yoru cannot equip his weapon for a while when you end the ability, so make sure to do it in a safe area.

Before activating Dimensional Drift, you can leave behind a tether in case you can’t find a safe place to materialize. Immediately teleport to the tether once the ability ends.

How do you play as Yoru?

Yoru’s kit is strong and full of great outplay potential. He plays a different role from other duelists because he is more of a lurker, taking out enemies from behind.

You need to get used to his abilities because they are highly skill-dependent, especially his flash. You need good timing when using his invisibility and teleport. Yoru players need to think in advance to make great plays.

What other agents work well with Yoru?

Valorant agent Yoru works great with sentinels like Cypher or Killjoy. A smoker like Omen and support like Breach are also ideal teammates for him. Sova and Breach also coordinate well with Yoru’s info gathering and teleport abilities.

Yoru needs another duelist teammate to lead the charge as he lurks. Reyna, Phoenix, or Raze can handle that responsibility. 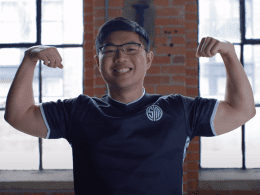 Have you tried playing with Wardell’s best settings? Pro players differentiate themselves from casual gamers because of a…
byVincent Ong 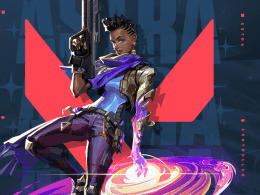 Is the Valorant agent Astra your next go-to controller? Astra is a new agent with several tricks up…
byVincent Ong 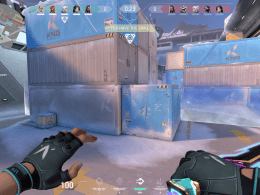