Where to Find the Sage Armor Set in Elden Ring

Want to know where you can find the Sage Armor set in Elden Ring?

Elden Ring features a handful of armor sets that caters to players’ wants and needs for protection and aesthetics. The Sage Armor set is a three-piece set that will remind you of Ingward’s armor from Dark Souls.

While the Sage Armor is not the best in terms of pure protection, it has a unique look and is exceptionally lightweight, making it suitable for close combats.

The Sage Armor set also provides good defense against sleep and bouts of madness due to its high Focus and instant death effects due to high Vitality.

As with other FromSoftware games, your weight in Elden Ring also affects the fluidity of their movements and dodge animations. With 30% or less load, you can perform very fast light rolls.

However, if you go up to 30 – 70 percent, they will change to medium and above, which will make you heavy and very slow to recover.

In this guide, we’ll show you how to find the Sage Armor set in Elden Ring.

How to Get the Sage Armor Set

The Sage Armor set is in Stillwater Cave in Liurnia of the Lakes. Players can reach this area on foot or while riding their mounts. Travel northwest from Stormveil Castle until you come across a cliff, where you’ll find the mouth of Stillwater Cave at the bottom.

When approaching this location, you should be extra careful as two jellyfish patrol its entrance. While inherently not hostile towards players, they will attack if you hurt or damage them.

Due to this, you should altogether ignore the jellyfish and enter Stillwater Cave.

Proceeding through the cavern’s entrance, you’ll come across a Site of Grace. They should rest at the Site of Grace to take advantage of its benefits and get ready for the dangers ahead. To be specific, you should grab this time to craft a cure for poison and other status effects.

You should also ensure that you have a ranged weapon or spell to deal with enemies easier.

As you explore the cave, the area will open up into a more expansive area with basins of poisonous fluid.

When entering this area, players must use stealth and sneak in to avoid attracting unwanted attention. In front of you, there will be Servants of Rot, Giant Poison Flowers, and a Giant Bat, which are all challenging adversaries.

Simply sneak around this deadly area and continue forward until you come across a poisonous trench.

Here, you will find a tunnel across the trench and another path to the right that leads deeper into Stillwater Cave. They must carefully cross the narrow depression to the other side, where you’ll find a tunnel.

While maintaining your stealth, you should go through the tunnel until you arrive at another open section of Stillwater Cave.

Before proceeding further, take some time to stop and observe your surroundings.

Hanging from the roof, players will see two Giant Bats and a Harpy lying. Instead of charging into the area, you should slay the enemies one by one using ranged attacks to avoid attracting other enemies.

After slaying the enemies, you can move deeper into the cave, where the Sage Armore set lies.

That brings us to the end of our guide on how to find the Sage Armor set in Elden Ring. If you have questions or any other concerns, please don’t hesitate to leave a comment below, and we’ll do our best to help.

How to Make Ensha Invade in Elden Ring

How to Get the Omenkiller Rollo's Ashes in Elden Ring 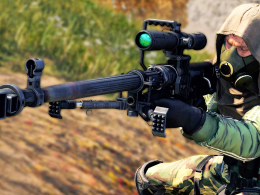 Do you want to know the attachments for one of the best snipers in Warzone right now? Snipers…
byUzair Khan

How to Find Bananas in Fortnite

Are you tasked to find bananas in Fortnite? The way players find and accept quests in Fortnite Season…
byJohn Sixto

How to Beat Withered J’im in World of Warcraft

Can’t figure out how you can beat Withered J’im in World of Warcraft? The Nightfallen are outcast nightborne…
byJohn Sixto