How to Complete the Rising Tide Quest in Destiny 2

Have you started working on the Rising Tide quest in Destiny 2 yet?

While the MMO aspect is one of the major selling points of Destiny 2, many players have found a lot of fulfillment in completing quests in the game as well. The combination of competitive play and an immersive storyline is what keeps players on the servers for hundreds of hours.

One of the best quests you can do right now is Rising Tide. As part of the Eliksni Quarter community event, the Rising Tide quest is connected to the general storyline, including last year’s Season of the Splicer. Through this quest, you should be able to assist the Eliksni in settling in the Last City.

If you are looking to get started on this mission, check out our quick guide on how to complete the Rising Tide quest in Destiny 2.

The sequel to the 2014 fan-favorite Destiny, Destiny 2 is a first-person shooter video game that combines elements of MMOs and RPGs. Unlike other first-person competitive games, Destiny 2 also emphasizes its storyline and related quests to enhance the player experience.

In Destiny 2, players can go on matchmaking while sharing the same world and server as everybody else. You can then only communicate in-game with players that you are matched with. There are two main game mode types, player-versus-environment (PvE) and player-versus-player (PvP).

Although it is a competitive game by nature, Destiny 2 also comes with character classes and potential progression. As you keep playing the game, you will earn experience points that let your character level up. Characters in the game are called Guardians. Guardians will earn different rewards as they rank up through the Season Pass. You can get to a maximum of level 100 in the Season Pass each year.

The Rising Tide quest in Destiny 2 is part of the Eliksni community event that was introduced near the end of the Season of Plunder. As we previously mentioned, it is tied into the game’s storyline. Most of the tasks for this quest will be focused around the Last City. Unlike most quests, this one requires the help of the entire community to accomplish, so make sure to do your part.

There are several important steps toward completing this quest. We will be discussing each one in detail down below.

To get started on this quest, you need to visit the Tower. Before that though, remember that this quest only runs from November 22 to December 6, which is when Season 18 ends.

Now that you have visited the Tower, look for the chest quest symbol highlighted by a spotlight. Listen to Mithrax and accept the Rising Tide quest when he is done. Check your Quest tab in the menu to verify if you have started this quest.

The first step you need to take is to obtain a Captain’s Coin. Fortunately, there are several different ways you can get this item. You can do activities like the King’s Fall raid, Lost Sector, Destination, and other public events. Doing Ketchcrash missions will also work for this objective.

After you have obtained at least one Captain’s Coins, go back to the Tower and look for the Donation Chest. Put the Captain’s Coin in the Chest and continue on with the next step in this quest.

Next, go to the Ether Tank and interact with the marked area again. Unlike the previous days, there should now be more people interacting in this area. Mithrax will speak to you again and tell you that Spider has made improvements in the Quarter now.

The third improvement being done is organizing Spider’s treasures. After leaving the Ether Tank, go towards your left until you get to where Spider stores his treasures. Examine the area and appreciate what Spider has done to organize it.

After seeing Spider’s treasures, go back to the other end from the Ether Tank. After you interact with the marked area, you will notice that there are more Eliksni Warriors present than ever before. Mithrax will tell you that after many Eliksni went through Vanguard security training, more of them have been welcomed to the Last City.

Next, go to the housing area. Just like the previous places, this will also be marked by a waypoint for you to find easily. You should see that the Eliksni now live more comfortably than before.

Now you can go out into the garden. Just follow the waypoint again until you get there. Mithrax will tell you that this was one of Spider’s best improvements in the Eliksni Quarter, in his opinion.

Finally, head on over to the Town Square. This is pretty simple, as Mithrax will just tell you how it has been improved and that this area welcomes everyone to the Eliksni Quarter.

After you have finished the Rising Tide quest, you will receive an Eliksni Quarter Gift Box. This package may include an Eververse Engram, Deepsight Resonance Weapon, Bright Dust, or Glimmer. These are all uncommon items that you will probably end up needing in the future.

Make sure to participate in this quest as soon as you can since it will only be available until December 6.

How to Obtain the Glorious Title in Destiny 2

How to Defeat Harley Quinn in Solo Mode in Gotham Knights

How to Play Tom and Jerry in MultiVersus

Have you learned how to win matches with Tom and Jerry in MultiVersus yet? There are several things…
byVincent Ong 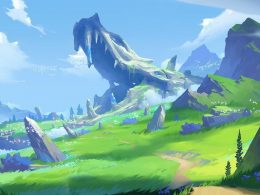 Are you planning to explore Yashiori Island in Genshin Impact? Luxurious chests are valuable items that can be…
byJohn Sixto

How to Beat Many Armed Key Master in Elden Ring

Wondering how you can beat the Many Armed Key Master in Elden Ring? FromSoftware’s Elden Ring is one…
byJohn Sixto 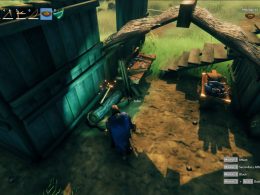 How to Build and Use the Adze in Valheim

Have you upgraded your Workbench with the Adze in Valheim? Valheim is a game of constant progress, improvement,…
byVincent Ong