How to Play Ziggs in League of Legends

Are you planning to play Ziggs in League of Legends?

League of Legends has been around since 2009. After over 12 years, the game has over 100 million average monthly users. Given this number, League of Legends is currently considered to be one of the biggest Esports titles in the world.

If you’re interested in playing the game, we are not surprised.

Now, with over 150 playable champions to choose from, getting into the game can be overwhelming. If you don’t have any background in MOBA games, League’s vast mechanics and gameplay can be complicated to learn on your own.

Among the 158 champions in League of Legends is Ziggs.

Ziggs, the Hexplosives Expert, is a bomber from every angle. Whether it’s water, snow, or even pixels, if it explodes, Ziggs can definitely use it. As a Dean of Demolitions and having his whole life around explosives, it’s easily seen how fascinated, and obsessed Ziggs is with bombs and exploding stuff.

If you’re looking for your first champion in the game or want to add a new character to your arsenal, Ziggs can be the one for you.

Today, we will show you how to play Ziggs in League of Legends.

Let’s get right into it!

Ziggs has an incredibly lethal skillset if executed properly. His Satchel Charge can be used to knock enemies into his Hexplosive Minefield, slowing and preventing them from escaping the AoE of Mega Inferno Bomb.

Periodically, Zigg’s next basic attacks can deal bonus magic damage to enemies. This cooldown is reduced wherever Ziggs casts an ability.

ACTIVE – Ziggs throws a bouncing bomb at the target location, which explodes upon landing near an enemy, hitting a terrain, or reaching its final bounce range. The bomb can bounce up to two times, and its travel distance is based on how far it was originally thrown.

Bouncing Bomb’s explosion deals magic damage to all enemies inside the AoE.

Ziggs flings an explosive charge that explodes after 4 seconds or when the ability is activated again. The explosion can deal magic damage to enemies, knocking them away. Ziggs also gets knocked away but takes no damage.

Satchel Charge can also be used to hexplode vulnerable enemies to turrets.

Ziggs scatters a cluster of 11 proximity mines over a target location, arming after 0.5 seconds, lasting for up to 10 seconds.

Each mine in the area explodes upon contact with an enemy, dealing them magic damage and slowing them for 1.5 seconds. Enemies can detonate the mines but mines beyond the first only deal 40% damage to them.

Ziggs releases his ultimate creation, the Mega Inferno Bomb, hurling it an enormous distance. Enemies in the blast zone take 50% more damage than those farther away. The bomb explodes upon reaching the location, which deals magic damage to all enemies.

Ziggs gains his strength from ability power items. His main source of damage is his skill set. Throughout the game, Ziggs need to move around throwing bombs and doing a lot of poke damage.

In the early game, Ziggs is a champion that needs time to get his core items and levels to scale into the late game. During the laning stage, your priority is to clear minion waves with Ziggs’ abilities.

You can also try poking your enemies from time to time to add some pressure in your lane.

Pushing the wave is also a great idea when playing Ziggs. This makes it hard for the enemy mid-lane to find an opportunity to engage.

Upon entering the late game, this is where Ziggs will shine the most. You’ll want to stay with your team at all times, ensuring you are behind your front liners so you can continue spamming your spells and not worry about enemy champions diving onto you.

When playing Ziggs, you should also avoid going solo as Ziggs don’t do well in 1 vs 1 situation.

Finally, you can take advantage of your Hexplosive Minefield (E) to slow enemy champions and zone them away from your team.

That ends our guide on how to play Ziggs in League of Legends. For your questions and other concerns, please don’t hesitate to leave a comment below, and we’ll do our best to answer them.

How to Play Kalista in League of Legends

Where to Find the Wrath of Gold Incantation in Elden Ring

Want to know where you can find the Wrath of Gold Incantation in Elden Ring? Elden Ring’s world…
byJohn Sixto

Do you want to know the best MAC-10 loadout in Call of Duty Warzone? The ever-changing meta of…
byUzair Khan

How to Play Co-Op Mode In Genshin Impact 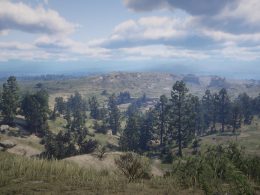 Where to Find Violet Snowdrops in Red Dead Online

Do you have a favorite location for foraging violet snowdrops in Red Dead Online? Of the multitude of…
byVincent Ong