How to Get Marika’s Soreseal in Elden Ring

Want to get Marika’s Soreseal Talisman in Elden Ring?

If you are familiar with other FromSoftware games, Talismans in Elden Ring works similarly to Rings from their other titles. Talismans are equipable items that give players some buffs and Elden Ring is absolutely filled with a handful of them.

Marika’s Soreseal is one of four Talismans in Elden Ring that provides stat increase.

This particular Talisman increases stats for Incantation builds and Sorcerers. Unfortunately, Marika’s Soreseal can only be found extremely late into the game, which can provide a significant boost for Sorcery and Incantation-focused builds.

Like other Soreseals and Scarseals in Elden Ring, Marika’s Soreseal increases your character’s stats by a flat amount.

If you want to get your hands on this item, you’ve come to the right place.

Today, we will show you where you can get Marika’s Soreseal in Elden Ring.

Marika’s Soreseal basically gives players an extra 20 levels, but they don’t come without a cost. Although this Talisman provides a +5 bonus in Intelligence, Mind, Arcane, and Faith, your character will take 15% more damage from all sources.

Since Marika’s Soreseal doesn’t provide a boost in your Vigor and Endurance stats, this takes a huge toll on your armor.

In addition, Marika’s Soreseal is also one of two Soreseals that can be found in Elden Ring.

Its counterpart, Radagon’s Soreseal, provides the same +5 buff but for the other four stats instead. Marika’s Scarseal is a weaker version of this Talisman, which provides +3 buffs for the same stats and amplifies 10% more damage.

Marika’s Soreseal can be found in the end-game area Elphael, Brace of the Haligtree. To reach this location in Elden Ring, players must go to the Consecrated Snowfield after completing the Secret Haligtree Medallion.

If you don’t know how to get there, you can visit our guide on how to reach the Consecrated Snowfield in Elden Ring.

From there, head to the northernmost point of the Snowfield to find a town trapped in an Evergaol. Beating this Evergaol will unlock a passage that will lead you to Elphael, Brace of Haligtree.

Now, descend down from the uppermost branches to continue through this expansive zone until you reach the Prayer Room Site of Grace.

Head towards the Erdtree Avatar and drop down onto the room below at the southern end of a walkway. Jump down to find a Stonesword Imp Statue. Keep in mind that you’ll need one Stonesword Key to get through this fog door, where you’ll find the chest that contains Marika’s Soreseal.

That wraps up our guide on how to get Marika’s Soreseal in Elden Ring. For your questions and other concerns, drop a comment below, and we’ll do our best to answer them.

How to Get the Blessed Dew Talisman in Elden Ring

Do you know about the top 7 dangerous mobs in Minecraft and why you should run from them?…
byUzair Khan 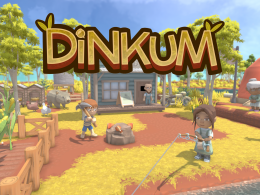 How to Find Glider in Dinkum

Want to know how you can find a Glider in Dinkum? Dinkum is steadily attracting the attention of…
byJohn Sixto

Are you looking for the best armor sets in Elden Ring? Elden Ring is the latest game offered…
byJohn Sixto