How to Destroy Corruption Clusters in Fortnite

Do you want to know how you can destroy corruption clusters in Fortnite?

Fortnite’s 2021 Halloween event kicked off, and players can now access more quests from spooky NPCs. The Halloween event for this year is called Fortnitemares which brings new items, challenges, and a returning limited-time mode.

Besides that, we can expect more to come from Epic’s ever-growing battle royale game.

One NPC that you can receive quests from is Dark Jonesy. He provides a Punch Card with five tasks that reward 30,000 XP each. When you accept this questline, he’ll ask you to destroy the corruption cluster and every corruption fragment at some point.

There’s also a Scuba Jonesy location in Fortnite. To unlock the following challenge, players should finish the quest before it. However, it’s important to mention that Dark Jonesy is not the same as Dark Jonesy Oracle.

They are two different NPCs with their own set of quests.

Today, we’ve decided to show you how to find and destroy corruption clusters in Fortnite.

How to Find Corruption Fragments in Fortnite

If you access the quest tab in the main menu, you’ll see three locations on the map with exclamation points. These three locations surround the new area in the center of Fortnite Island called The Convergence.

This is the area where you need to go for the previous quest from Dark Jonesy that orders you to touch a cube.

Once you head to any of the three locations on Fortnite Island, you’ll spot three glowing purple crystals that stick out from the ground.

How to Destroy Corruption Clusters in Fortnite

However, fragments will keep coming back from the ground a few times, and you simply need to keep attacking them until they form into one corruption cluster.

Once you destroy the cluster, the quest will be marked as complete, and you’ll receive 2,900 XP.

Dark Jonesy is a character with alternate versions due to rips in reality from the previous season. With this, here is the other Dark Jonesy Oracle quest line that you have to do and their XP rewards:

That brings us to the end of our guide on how to destroy corruption clusters in Fortnite. If you have questions, please don’t hesitate to leave a comment below, and we’ll do our best to help you out.

How to Recover the Spirit Vessel in Fortnite

How to Damage Doctor Slone in Fortnite

All Cave Locations in Medieval Dynasty

Have you discovered the important cave locations in Medieval Dynasty? Materials and valuables are critical to success in…
byVincent Ong

Do you want to collect the free Red Room Milano Easter Egg in Call of Duty Warzone? Call…
byUzair Khan 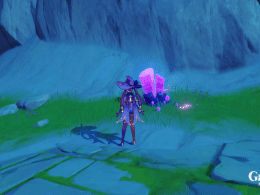 How to Beat Na’zak the Fiend in World of Warcraft

Looking for a way to beat Na’zak the Fiend in World of Warcraft? Fal’dorei is a race of…
byJohn Sixto