Are you looking for the best Gallade counters in Pokémon GO?

If you are here, you’re probably having difficulty going against Cliff, one of Team Go Rocket’s leaders.

When you go up against Team Leader Cliff, he can use his Gallade, which can give you all sorts of headaches in the game. Aside from Gallade, he also has multiple powerful Pokémon with a decent type coverage making him quite difficult to defeat.

However, nothing is impossible, right?

In this guide, we will show you the best Gallade counters in Pokémon Go.

The hardest thing about Gallade is that it has three different fast moves of various types.

Gallade is a dual Psychic and Fighting-type Pokémon, which is vulnerable to Fairy, Flying, and Ghost-type attacks. However, it is strong against Fighting and Rock-type moves, which we don’t recommend if you go up against it.

When it comes to Cliff’s Gallade, it can learn three fast moves: Charm, Confusion, and Low Kick. Being a Fairy-type move, Charm is very effective against Fighting, Dragon, and Dark-type Pokémon.

Confusion is a Psychic-type move, which works well against Fighting and Poison-type Pokémon. If that’s not enough, Low Kick is effective against Normal, Rock, Steel, Ice, and Dark-type Pokémon.

There aren’t too many Fairy-type attackers in the game, but a few can be effective against Gallade. Here are the Fairy Pokémon that can counter Gallade:

However, Fairy-type Pokémon aren’t the only ones that can be effective against Gallade. You can also use a few Flying-type Pokémon, which are far easier to find than Fairy Pokémon.

Here are some Flying-type Pokémon to use against Gallade:

Lastly, some Ghost-type Pokémon in the game have powerful abilities that can be effective against Gallade. Ghost Pokémon also have an additional advantage against Gallade’s fast moves.

Here are some of them:

Since Gallade is a Psychic / Fighting-type Pokémon,  it is weak to Flying, Ghost, and Fairy-type attacks. It is strong against Fighting and Rock moves but will also, fortunately, take normal damage from Psychic types.

Is Gallade better than Gardevoir?

Gallade is probably the better choice if you’re just starting since you have access to more Pokémon weaknesses. Gardevoir is more of a specialized Pokémon, making it better when going up against specific Raids or Gym battles.

Who is better Gallade or lucario?

If we’re going to base it on stats, Lucario is way better than Gallade. It only has a good physical attack, while Lucario has both ATK and DEF. However, Gallade has an excellent SP DEF, making it a decent choice when going up against the likes of Alakazam.

This wraps up our guide for the best Gallade counters in Pokémon GO. If you have questions or other concerns, please let us know in the comment section, and we’ll be glad to help you out.

How to Get Revives in Pokémon Go

How to Fight Endgame Goblins in Valheim

Are you ready to take on the endgame goblins in Valheim? The Plains biome seems like the safest…
byVincent Ong

How to Play Rengar in League of Legends

Interested to learn how you can play Rengar in League of Legends? Rengar has fallen off track at…
byJohn Sixto

How to Collect Trashball Memorabilia in Fortnite

Do you want to know where you can get trashball memorabilia in Fortnite Battle Royale? The Gears of…
byJohn Sixto 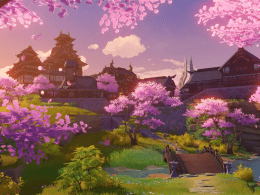 How to Get to Inazuma in Genshin Impact