How to Beat Varimathras in World of Warcraft

Can’t figure out how you can beat Varimathras in World of Warcraft?

Varimathras is a dread lord who works for the Burning Legion. He was subdued to form an alliance with the Forsaken under the rule of Sylvanas Windrunner. While he swore allegiance to Sylvanas, he remained loyal to the Legion.

Due to his blunders, Varimathras suffered eternal torment from the Coven of Shivarra.

In World of Warcraft, Varimathras is one of the bosses in Antorus, the Burning Throne raid.

This specific encounter in World of Warcraft is a single-phase encounter, but the room cycles between several elemental states with various effects on the raid.

Overall, the actual fight with Varimathras differs between each tier of difficulty and can be extremely difficult on higher difficulties. Though the encounter’s mechanics are straightforward, it can be punishing and has the potential to go out of control in seconds.

To avoid that, we’ve decided to make a guide on how you can beat Varimathras in World of Warcraft.

Without further delays, let’s get right into it!

Vairmathras is a single target-style fight, where the raid is required to kill the boss before the enrage timer ends. The entire battle is about minimizing the shadow damage you take using group coordination to avoid getting the healing reduction debuff, Misery.

Tank players should always stand within eight yards of their tanking partner and keep the boss stationary throughout the fight. Players should use active mitigation and taunt one another when Varimathras casts Shadow Strike.

Tanks should also ensure that they won’t get hit by Marked Prey projectiles.

Your primary role for this encounter is to stack as a raid and move between the two sides of the boss each time Dark Fissures spawn. Heal players affected by ticking damage from the Torments of Shivarra.

Remember that players affected by the Torment of Shadows can’t receive direct healing, but the spirit link works.

You should also kill the boss before the six-minute enrage timer.

This ends our guide on how to beat Varimathras in World of Warcraft. We hope that this will help you in your goal to complete the Antorus Burning Throne raid.

For your questions and other concerns, please don’t hesitate to leave a comment below, and we’ll get back to you as soon as possible.

How to Beat Azgalor in World of Warcraft

How to Make a Shirt in Roblox

Have you tried making your own Shirt in Roblox? If you play in public Roblox servers, you probably…
byVincent Ong How to Make a Fletching Table in Minecraft

Have you made your first Fletching Table in Minecraft? Minecraft is known for being one of the most…
byVincent Ong

How to Get to Dragon Temple in Elden Ring

Want to know how you can reach the Dragon Temple in Elden Ring? Like other FromSoftware titles, Elden…
byJohn Sixto 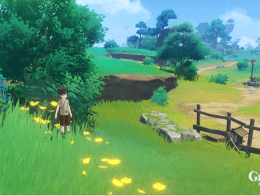 Are you looking for all Kid Kujirai locations in Genshin Impact? The Inazuma region has finally arrived in…
byJohn Sixto