How to Beat Grave Warden in Elden Ring

Interested to know how you can beat Grave Warden in Elden Ring?

After the long wait, Elden Ring is finally out for Playstations, Xbox, and Windows. One of the optional bosses you’ll encounter in the game is the Grave Warden, which resides in the Murkwater Catacombs.

Players can hunt down this boss to obtain the Battle Hammer once they successfully defeat him.

The dungeon where the Grave Warden lives also contains three Grave Glovewort, which is an upgrade material that can be very valuable in the later stages of the game.

Soulsborne games have been known for their exciting yet difficult boss fights. The optional bosses across The Lands Between in Elden Ring will surely keep players entertained until they reach the next main challenge of the story.

In this guide, we’ll show you how to beat the Grave Warden in Elden Ring.

The Grave Warden in Elden Ring is positioned deep in the Murkwater Catacombs. This dungeon is located in the northeast part of Limgrave. Players can find it by jumping down into Agheel Lake.

After facing a herd of skeletons, you’ll encounter an area filled with slugs.

You can use fire to defeat them or walk past them until you come across a door that leads to Murkwater Catacombs.

Upon entering the Catacombs, you’ll see a Site of Lost Grace similar to other Elden Ring Dungeons. This ensures that you don’t need to travel long-distance if you happen to die during the encounter.

In the Catacombs, you should head forward into a small corridor that leads to another room.

This room is also occupied by three Goblins that protect the Lever. Once you have defeated them, interact with the Lever to open the Grave Warden’s room.

In general, the Grave Warden Duelist is an easy boss to fight in Elden Ring. While he’ll definitely intimidate you in your first encounter, his combat pattern is easy to understand and learn. Once he starts attacking, he will deliver up to five swings using his hammers.

When fighting the Grave Warden, you should keep in mind that he’ll stop swinging his hammer if you get too far from him.

This will also make the Warden spin his hammer and toss it across the room in your direction.

In this case, what you need to do is stay next to the Grave Warden while he is performing his attacks. Try to roll around him while avoiding his attacks and attempting to reach his back.

While the Grave Warden won’t stop attacking as you roll around him, keep in mind that his attack will always end with a strong plunge attack that will prevent him from moving for a second.

During this instance, try to deliver a backstab if you managed to get to his back.

After performing a backstab, the Warden should fall down from the critical hit. This starts an animation of him getting up, which makes him immune to all kinds of damage. Use this instance to charge your strong attack.

Once the Warden is up, deliver another massive strike to him.

That wraps up our guide on how to beat the Grave Warden in Elden Ring. If you have questions or any other concerns, please don’t hesitate to leave a comment below, and we’ll do our best to respond.

How to Beat Margit the Fell Omen in Elden Ring

How to Beat M’uru in World of Warcraft

Do you want to beat M’uru in World of Warcraft? M’uru once lived in Tempest Keep with O’ros…
byJohn Sixto

How to Solve Paintings in Elden Ring

Do you want to solve the paintings in Elden Ring? In a classic FromSoftware fashion, Elden Ring and…
byJohn Sixto

Do you want to know more about the most famous Arteezy- Pro Player in Dota 2? Artour “Arteezy”…
byUzair Khan 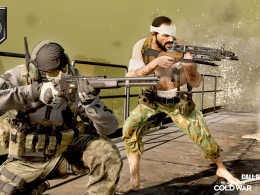 Do you want to survive in the Iron Trials mode and get one of the rarest rewards? Call…
byUzair Khan