How to Beat Drov the Ruiner in World of Warcraft

Do you want to beat Drov the Ruiner in World of Warcraft?

World bosses are raid boss-level monsters that spawn in the main, shared world in World of Warcraft, rather than an instance limited to a group of players. You can also call them world raid bosses or outdoor raid bosses.

World bosses were removed from Blizzard’s philosophy, starting with the release of Wrath of the Lich King. Although Cataclysm introduced some small group mini-bosses, nothing required serious raids.

However, during World of Warcraft: Mist of Pandaria, world bosses returned in the form of new encounters.

One of the world bosses you’ll encounter in World of Warcraft is Drov the Ruiner. You’ll find him at the north end of the Valley of Destruction in Gronn Canyon in northwestern Gorgrond.

Today, we’ll show you the best strategy to beat Drov the Ruiner in World of Warcraft.

Let’s get right into it!

Drov was called Ruiner by the Blackrock clans of old, who learned to give the magnaron a wide berth. He carves a swath of devastation where he walks, and it seems like the earth recognizes his arrival and parts to make way.

The fearsome magnaron shatters the earth, causing hordes of goren to burrow up beneath the earth and spread chaos among his adversary.

If you want to check whether Drov has been looted this week, use the command below and paste it in the chat window:

Getting a ‘True’ response means Drov has been looted, while ‘False’ indicates otherwise.

For the rest of the encounter, the entire raid must remember not to stand in front of Drov’s frontal-cone Colossal Slam attack. Healers should handle the raid-wide splash DMG for Colossal Slam and Giga Smash.

Execute the summoned Frenzied Rumblers when Drov casts Call of Earth and keep an eye out for their Acid Breath and Crushing Charge attacks.

When you kill Drov the Ruiner, he’ll drop level 650 belts, necklaces, and gloves.

That ends our guide on how to beat Drov the Ruiner in World of Warcraft. If you have questions, please leave a comment below, and we’ll do our best to answer them.

How to View Your Purchase History in Roblox

How to Beat Emeriss in World of Warcraft 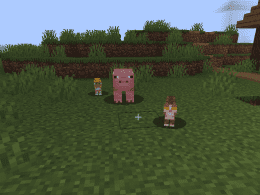 How to Tame a Cat in Minecraft

Do you want to tame a cat in Minecraft?  Exploring the vast world of Minecraft is indeed a…
byJohn Sixto

Are you looking for the best Genshin Impact Yanfei build?  There is no doubt that the most significant…
byJohn Sixto